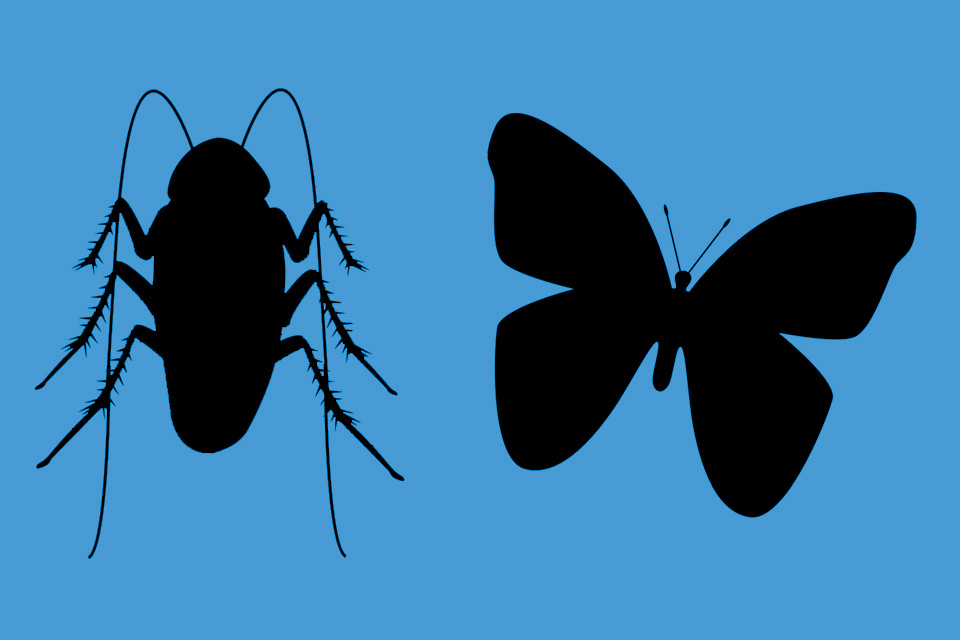 I walked into class III today to see the teacher engaged in getting her students to think of similarities and differences between various pairs of living things. I was struck by the apparently sophisticated level of student knowledge evident in the responses. For example, when asked what was the similarity between a butterfly and a  cockroach they immediately answered that they were both insects. I wondered if the students’ knowledge went beyond mere category nomenclature. Would they be able to carry out an actual comparison of common appendages? Just then I heard an excited, ‘they both have antennae….!’ This was surely very advanced knowledge for eight year olds.

Prof. Ramadas later told me that the process of comparing and contrasting is a truly valuable learning tool at all levels. She said that the similarity-differences type of questions in Small Science developed from HBCSE’s work in the early 1980s with out-of-school children in the Pabal area of Pune district. These children, most of whom had no formal education, nonetheless came up with rich and detailed observations of their environment. They were keen and quick at noticing minute differences, often better than urban children, since all their experiences were first-hand. But when asked to give similarities they were at a loss.  Why so?

Finding similarities is a way to generalization, something that needs to come through school learning. Super-ordinate categories like “insect” are grounded in observation of similarities. These categories could be learned in school or they may simply become a part of the discourse of educated families and communities. It’s important that we don’t give the categories ready-made to children, but make them observe and think about how they are constructed. That is the way that similarities and differences could become a powerful tool for thinking and learning.

Hmm … much to think about here.

There were other interesting responses that came up during the exercise like ‘cows are considered as goddess’ when thinking about the differences between dogs and cows and ‘Tiger is the national animal’ when the students were asked to spot the odd one out among a cluster of animals. One ‘cute’ response to differences between crow and sparrow was that sparrows are cuter than crows which I saw a little girl record in her book.  I wondered when children get enculturated into what kind of answers are appropriate in a science classroom?  when do they stop mixing up social categories with scientific categories?

The responses to questioning were varied with some very enthusiastic children bursting to respond to every question while some needed to be encouraged.  It was very heart-warming to hear the teacher reassuring a diffident student in these words “I know that you know. You are just unable to explain. Let it be wrong…” In the break following the class the teacher told me that the students are able to access alternative sources of information like the internet and television.

In class IV-B, the teacher began by getting the children to revise for their unit test. She summarized the salient features of the chapter ‘Water and Us’. The chapter focus is to get the children to think about and find out where their water comes from, whether there is a limit to usable water, how to value and increase our water resources and how we can save water. The children responded appropriately to her questions on irrigation and she talked about how the environment, climatic patterns and agriculture are closely tied up which the teacher’s book stresses is important that urban children need to know.

The children seemed to enjoy thinking about how much water one needs to bathe and they had already found out the capacity (in litres) of a bucket.  There were some giggles over the issue of girls needing more water than boys to bathe because of their long hair. The students then engaged in exploring the capacities of their water bottles and were asked to bring bottles of different capacities for the following class.