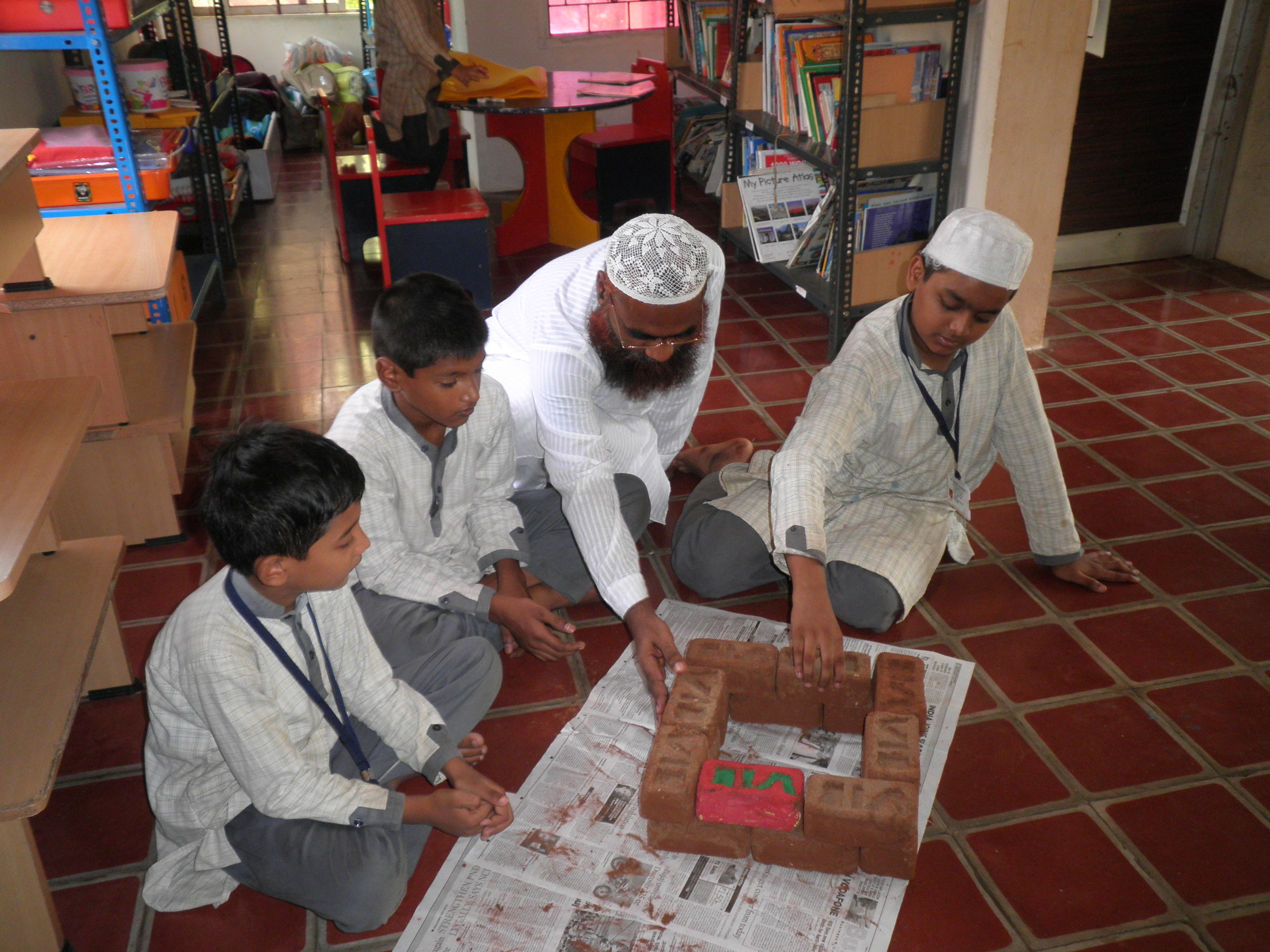 We tried making bricks using matchboxes but the bricks broke. The container was not too strong. So we got a bigger container – it was rectangular and made of plastic. We took thermocol and we cut it in the shape of “V”, “I”, “B”. The meaning of VIB is “Very Important Bricks”. We stuck the thermocol in the plastic container with glue. Then we dried it for one day. A room using the bricks

We dried the bricks for one week on the terrace. Then we took the bricks into our art room and after one week we used them to make a room.

As we completed the year I thought I would enclose some photos of the activity the kids seemed to love most – Brick Making! (Small Science TextBook, Class 3 – Chap 12 “Make Your Own House”).
They used a plastic box as a mould, stuck letters made of styrofoam at the bottom of the mould and made bricks from mud around the school! They dried the bricks for a week in the sun and then inside for another week. Today they started trying to make a small room with the bricks and learned about layering them.
Thanks for this great activity.