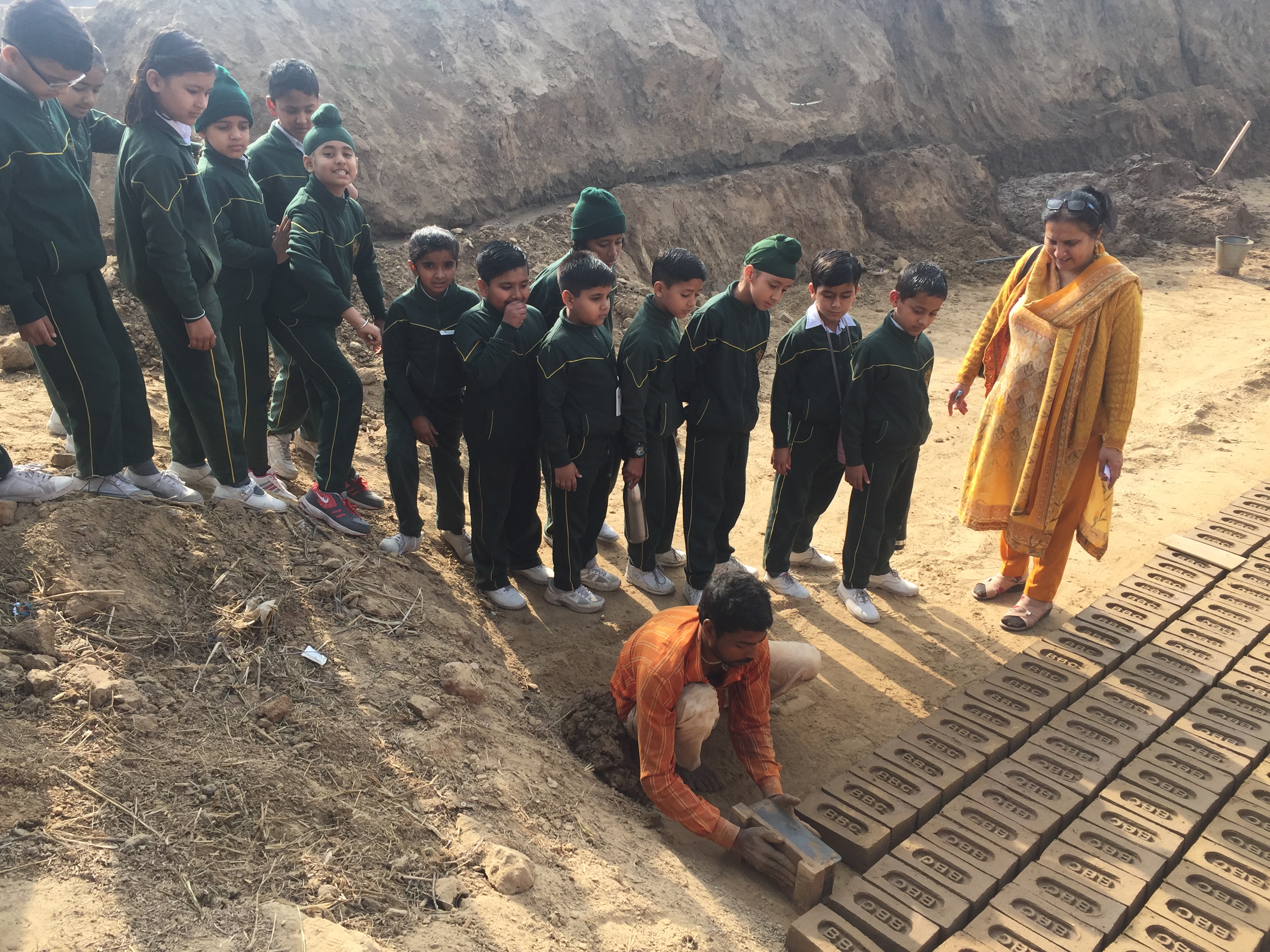 After Chapter 11 – ‘Houses of all kinds’ the Class 3 students of DPS Bathinda were really excited about Chapter 12 – ‘Make your own house’, as it is all about exploring, making and building, particularly with one material, ‘Brick’.

Children were super excited when I told them to collect mud and clay samples from their nearby places (garden, footpath, playground near your house) and bring them to school. The next day, all through the morning they kept reminding me, that they have got the samples of mud/clay with them. Finally in my EVS period I started with an observation activity of the samples — the color, smell, and the feel (texture) of mud. The same process of observation was repeated when they mixed water in the mud. Then I took their books and kept them in my cupboard and gave them a diary note to bring mud samples in good quantity, empty matchboxes and a bowl for an activity. They were super-duper excited about this activity and some of them were guessing what activity they will be doing?????

The next morning, the moment I entered my class they were again reminding me that they have all got the material for the activity. Finally, the time came. They cleared their tables and were all geared up to start the exciting activity.

Students put the mud in the bowl and poured a little water in the bowl and mixed it to make the dough. The dough was moulded in brick-shapes using empty matchboxes. They were all so engrossed in this activity that they didn’t realize that the matchbox moulds were finished, so they started making and shaping mud just with their hands. As a teacher, I was really happy to see that kids are enjoying this so much. Drying bricks in the sun

After shaping the bricks, they kept them for drying. When they got dried, the students observed the change of color, hardness and some cracks that appeared. After this they tested their bricks with experiments like — How strong are your bricks? (Dropping, hammering, softening in water), Build a wall, Build a house, etc.

It took us 2 class periods for testing the mud and making bricks. Then being winter we gave two days for the bricks to dry followed by another two periods for testing the bricks and making houses. We found that bricks made with sandy soil were quite fragile. Some of our students live in villages that are further out, where they found mushy and clayey soil. This soil made the strongest bricks.

Then one day we organized an educational trip to the brickworks near our school. Here in North India brickworks are known as “Eent (brick) ki bhatti (oven)”.  “Munshiji”, the caretaker and manager of the brickworks, took us around. Students were really excited when they reached the “eent ki bhatti” and saw how actually bricks are made. They were excited and amazed to see that real bricks were also made with moulds, just like they had done in their own activity. They observed how the color of the brick changed from brown to pink and how strong it became after baking in the kiln. Before and after baking

After seeing the whole process students asked lots of questions to Munshiji like, What do they do with the bricks when it rains? What time do they start working? How much time does it take for bricks to dry up in the summer and winter seasons? When do they start baking the bricks in the kiln? How many bricks do they make in a month?

Munshiji told us that if it rains and the bricks get wet before baking they mix the wet bricks with the dough and remake them. In summers the brick makers begin work at 1:00 am and in winters at 4:00 am. They rest in the afternoon. On summer afternoons they don’t work at all as it gets really hot in North India.  The places where bricks are made are completely exposed to the elements.  Here in Bathinda the temperature in summer touches 50 degrees centigrade!

How much time does it take for the bricks to dry up in summer and winter? In summer the bricks dry in 3-5 days and in winters it takes 30 days before the bricks are dry enough to put in the kiln. The time of day to start the baking also depends on the season. The bricks stay in the kiln for 30 days and they are removed in batches. The temperature inside the brick kiln reaches 1100 degrees centigrade! The workers make about 40 to 50 thousand bricks every month.

This manual process of clay brick making has been used in India and Pakistan for 3000 years, since the Indus valley civilisation!  Here is a very informative video on this process. Next day the students wrote their observation from the brickworks. At the end they had just one complaint for me — Why did I ask them to make such small bricks?

As a teacher I am really happy that kids are getting so many first-hand experiences through Small Science.