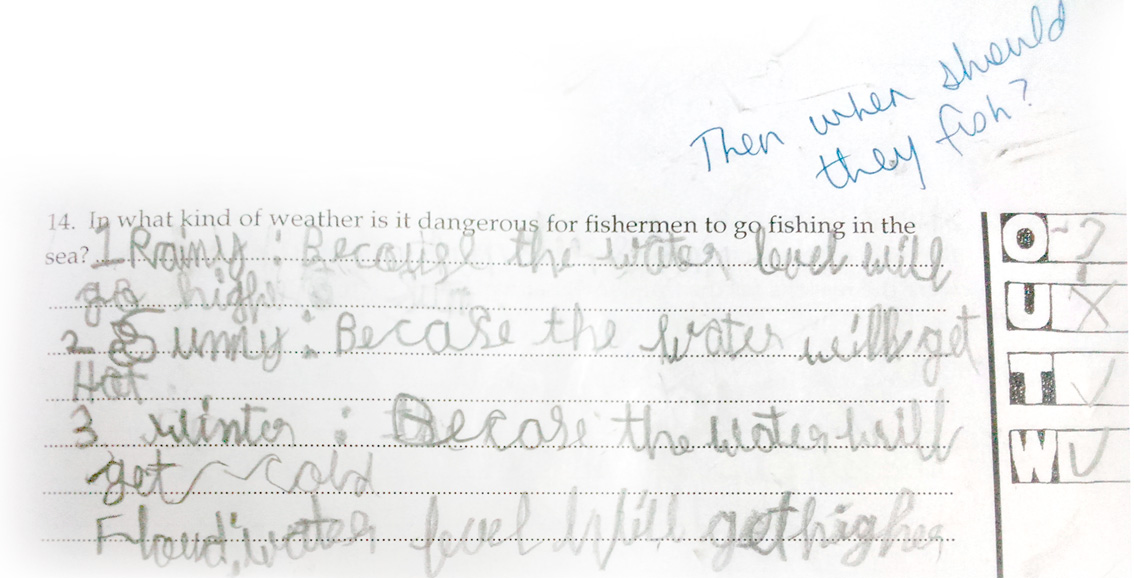 These are some of the Al Qamar Grade 4 students’ selected workbook responses. I have typed them verbatim along with any errors of spelling or grammar.

About the context — Chennai experienced terrible floods in November / December 2015. A number of students were personally affected by the floods — some had to evacuate their homes in boats. There was no power and food / water was scarce in certain localities. Some of the children were involved in relief work with their parents. The floods left a deep impact on the children — hence their descriptions are very vivid even after eight months.

In what kind of weather is it dangerous for fishermen to go fishing in the sea?

Write your own poem or songs about any of the seasons.

* AF is an avid reader. This particular sentence, she told me later, is taken from a book that she has read. Except for the last two sentences this passage is based on what she has heard and read, not on her personal experience.
Share